Is it a summer cold? Or could you be one of a million first-time hay fever sufferers?

Itchy, runny nose? Sneezing? Bunged up? Headache? They’re all symptoms of a cold but they could also be the tell-tale signs of first-time hay fever.

Hay fever is on the increase - an estimated 31% of adults in the UK reported suffering from hay fever in 2018, up from 26% in 2017 and more than a million new people bought hay fever medicines and remedies for the first time last year*.

The rise is believed to be due to changes in our climate as weather conditions become more extreme clearly defined seasons are blurred. In 2018, the very long, cold winter (there was still snow on the ground mid-March) was rapidly followed by a very warm, wet spring with temperatures soaring into the low 20s by mid-April. This condensed the flowering season of many trees and shrubs into a much shorter period of time leading to a ‘pollen bomb’ as plants burst into life at the same time. This concentration of many different types of pollen, which ordinarily would have occurred sequentially over a longer time, is thought to have triggered allergic responses in people who had never suffered with hay fever before. And it led to more severe symptoms in people with long standing hay fever.

Daily antihistamine tablets are the go-to remedy for many people and along with allergy eye drops and nasal sprays they make up an effective arsenal against hay fever symptoms. There’s a growing trend towards more natural remedies too. ‘Natural ingredients’ was cited as a key consideration after price, efficacy and convenience among people shopping for over the counter medicines**.

Breaze is a new natural approach to managing the itchy, stuffy feeling that hay fever causes. Based on the powerful antihistamine properties of essential oils, in trials 80% of people said it helped them to breathe easier and sleep better during the hay fever season. A few drops of Breaze Vapour Oil inhaled from a tissue is a convenient way to ease nasal itching, interrupt sneezing fits and clear a stuffy nose. Breaze Pillowcase uses motion activated technology to release soothing Breaze vapours all night to aid a good night’s sleep. Both products are suitable for children from 2 years.

Mindy Arora, 41 is mum to 10 year old Hari. Both suffer from hay fever:

““I really liked the idea of trying something more natural and Breaze seems to help both of us. I love that it’s a drug free option that we can use on its own when symptoms are mild or alongside the usual medicines on high pollen days. Getting Hari to use eye drops can be really tricky so anything less invasive is really helpful. I find we need to use fewer medicines when we’re using Breaze too.”

Sara Thorp, 39 cares for her husband Andy and daughter Amy, 10 who both have hay fever:

“I really liked the idea of trying something more natural and I try to hold off dishing out the antihistamine tablets until we really need them. The pillowcase seems to help them both breathe easier and sleep better. Andy snores less when he’s using it, which is an added bonus! Breaze smells lovely, and I think it makes me sleep better too even though I don’t have hay fever.”

Mindy and Sara are both available for interview. contact sam@breazehealth.com or call 07939559388 for details. 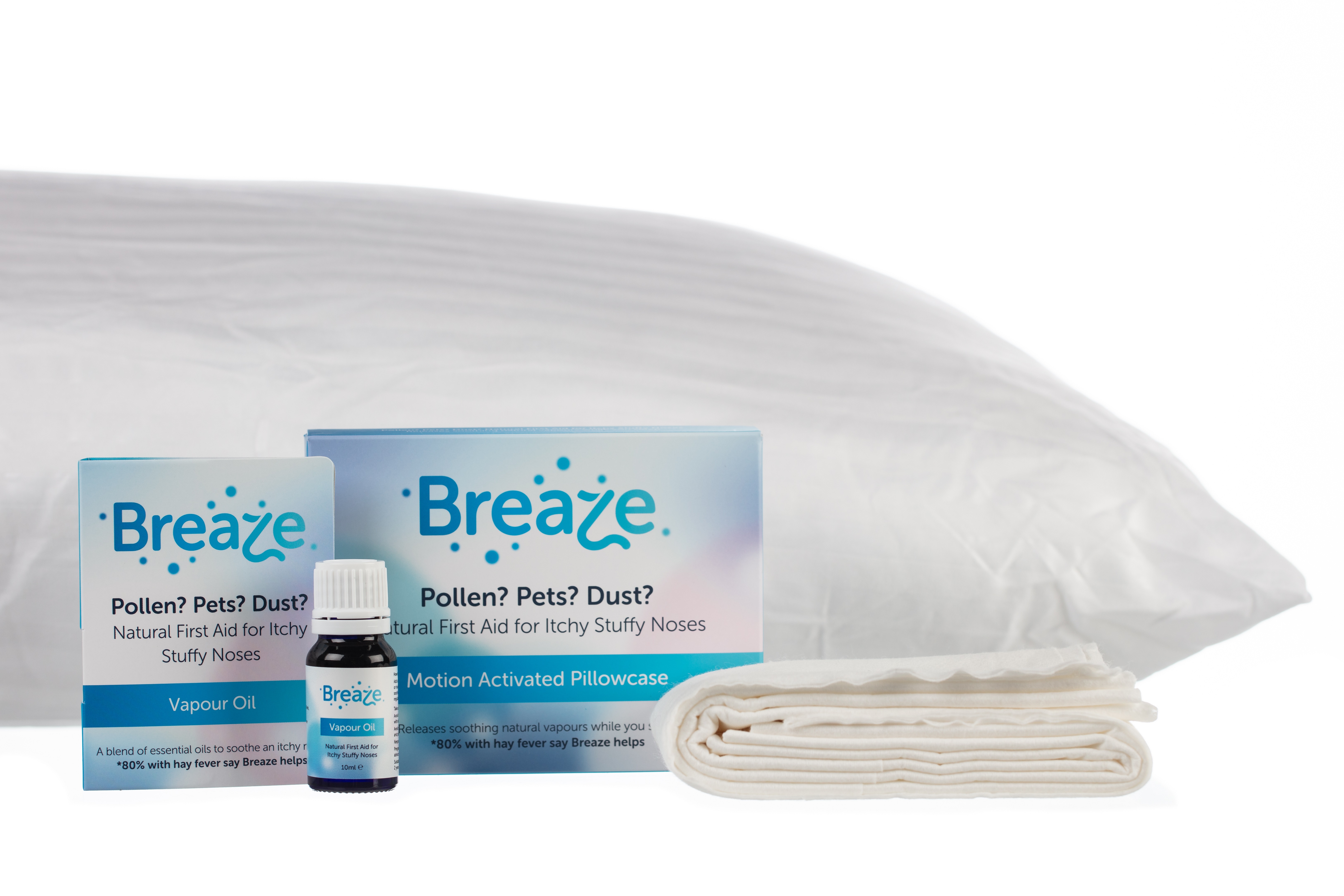 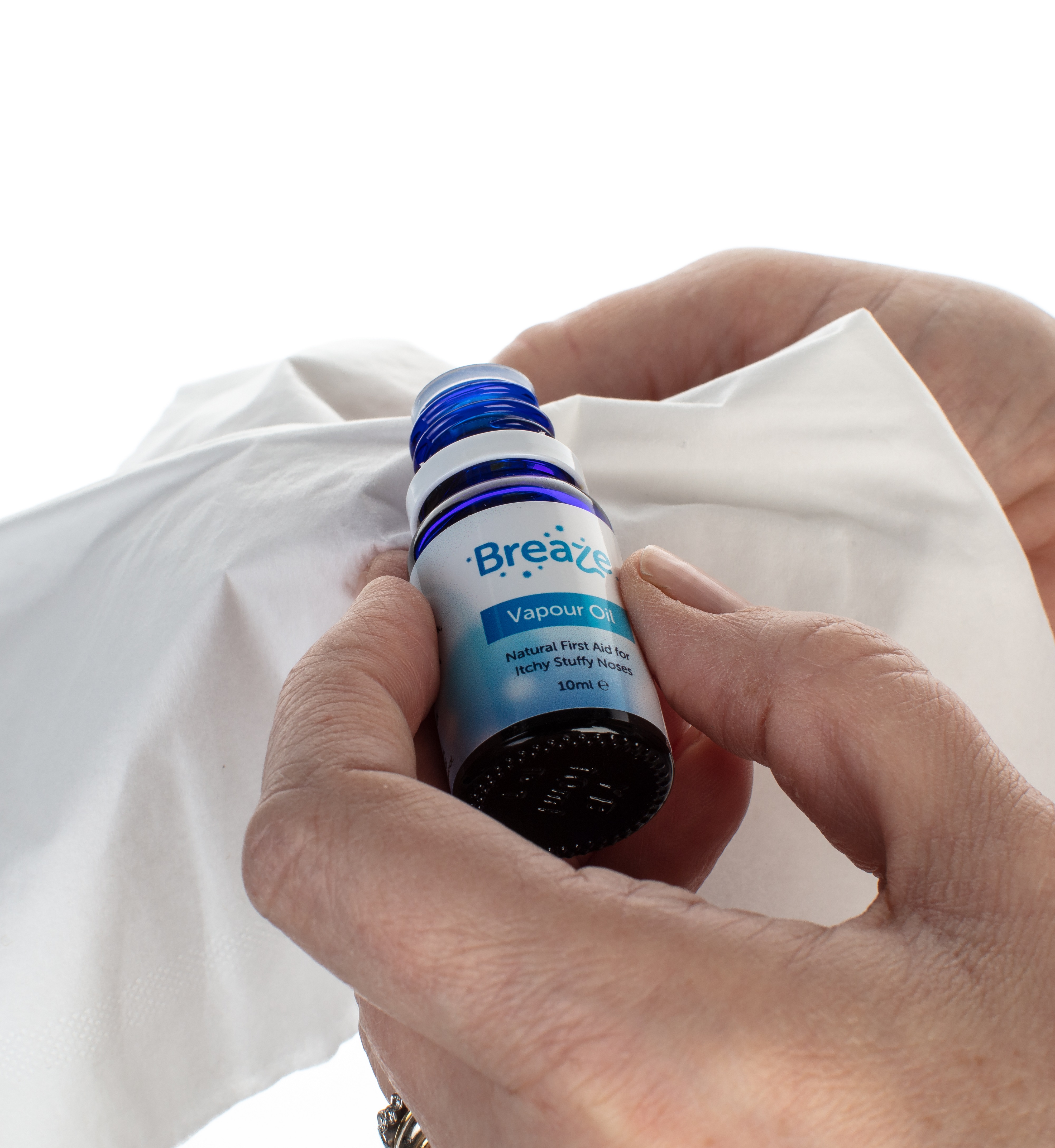