PITCH: Who Should put a Ring on it?

Who Should put a Ring on it?

Revealed: 14.55 Million Brits want to choose their own engagement ring.

• The average cost Brits think their partner should spend on a ‘forever’ engagement ring is £12,153

• 65% of women would feel comfortable telling their partner if they didn’t like their engagement ring, as opposed to only 33% of men

With the number of proposals increasing over the festive season, it’s apparent that the holidays remain notorious for love and romance. However, with the changing nature of proposals every year, are Brits sticking to tradition or breaking the norm when it comes to celebrating this pinnacle moment?

A new study from Buckley London, a high street costume and fashion jewellery manufacturer, revealed the UK’s thoughts on the engagement process, after surveying 2000 UK based adults who are in a relationship.

The research found that although 64% of Brits still want their partner to choose their forever ring to propose with, there is a peaking interest amongst those in a relationship to share the responsibility, as 36% of Brits would prefer a costume jewellery placeholder ring, so they can have a say in the choice.

When making the momentous request, it’s evident that Brits have high expectations when it comes to the ring, as the average cost UK adults believe their significant other should spend on their forever engagement ring is an exorbitant £12,153. Which means the average earner would have to spend over five months’ wages on the ring2. Surprisingly, the country has high expectations across the board as, for those who may be opposed to their partners taste, Brits believe their partner should spend around £407 on their ‘placeholder’ engagement ring.

The study also found that nearly two thirds (65%) of women wouldn’t think twice about telling their partner they didn’t like the engagement ring they proposed with, as opposed to only a mere 33% of men who would be brave enough to voice their dissatisfaction to their significant other.

When it comes to dropping down on one knee, 69% of the population don’t believe that woman can pop the question. However, it appears that 24-35 year olds are most likely to think more liberally when it comes to gender-role traditions, as 46% believe the onus can be on either sex to propose. Likewise, with Scousers (53%) and Mancunian’s (44%) who also share these progressive views.

Despite 75% of residents from Southampton wanting their partner to choose their forever ring they propose with, 71% would have no issue in revealing they weren’t happy with the purchase. In contrast, Geordie’s would rather stray away from any potential conflict, as more than half (61%) wouldn’t tell their partner if they weren’t happy with the ring.

Interestingly, 34% of residents from Southampton believe their partners should be splashing their cash, as they’d expect them to spend between £12,501-£15,000 on a forever engagement ring. Additionally, 18-24 year olds have high expectations, as they believe their significant other should spend £1,001-£2,000 on a placeholder ring.

Adrian Buckley, founder of Buckley London, commented on the findings:

“At Buckley London we are always keen to see what the new and emerging trends are and we found it particularly interesting to see such a rise in Brits wanting a placeholder ring, so they can be a part of the decision-making process.”

“We believe this trend will undoubtedly prosper, due to the research revealing that a large proportion of women would also feel comfortable airing their disappointment if they weren’t happy with the forever engagement ring their partner proposed with.”

“It’s great to see that Brits are also increasing their support for non-traditional proposals, as the research suggests society is breaking free from typical relationship norms. With Leap Year fast approaching, we also expect to see woman across the country taking matters into their own hands, as February 29th is renowned as the traditional day women propose to their partner. We can’t wait to see how many women were brave enough to put a ring on it after this day.”

For more information about the study please visit: https://www.buckleylondon.com/blog/who-should-pick-an-engagement-ring/

For further information, please contact Ysabelle Devereux via Ysabelle.devereux@idhl.co.uk or 01423 529300.

Buckley Jewellery Ltd was established in 1989 and is a leading high street costume and fashion jewellery manufacturer, well known for its range of aspirational yet attainable products for any occasion.

Buckley London surveyed 2000 UK based adults who are in a relationship to find out their thoughts on the engagement process. 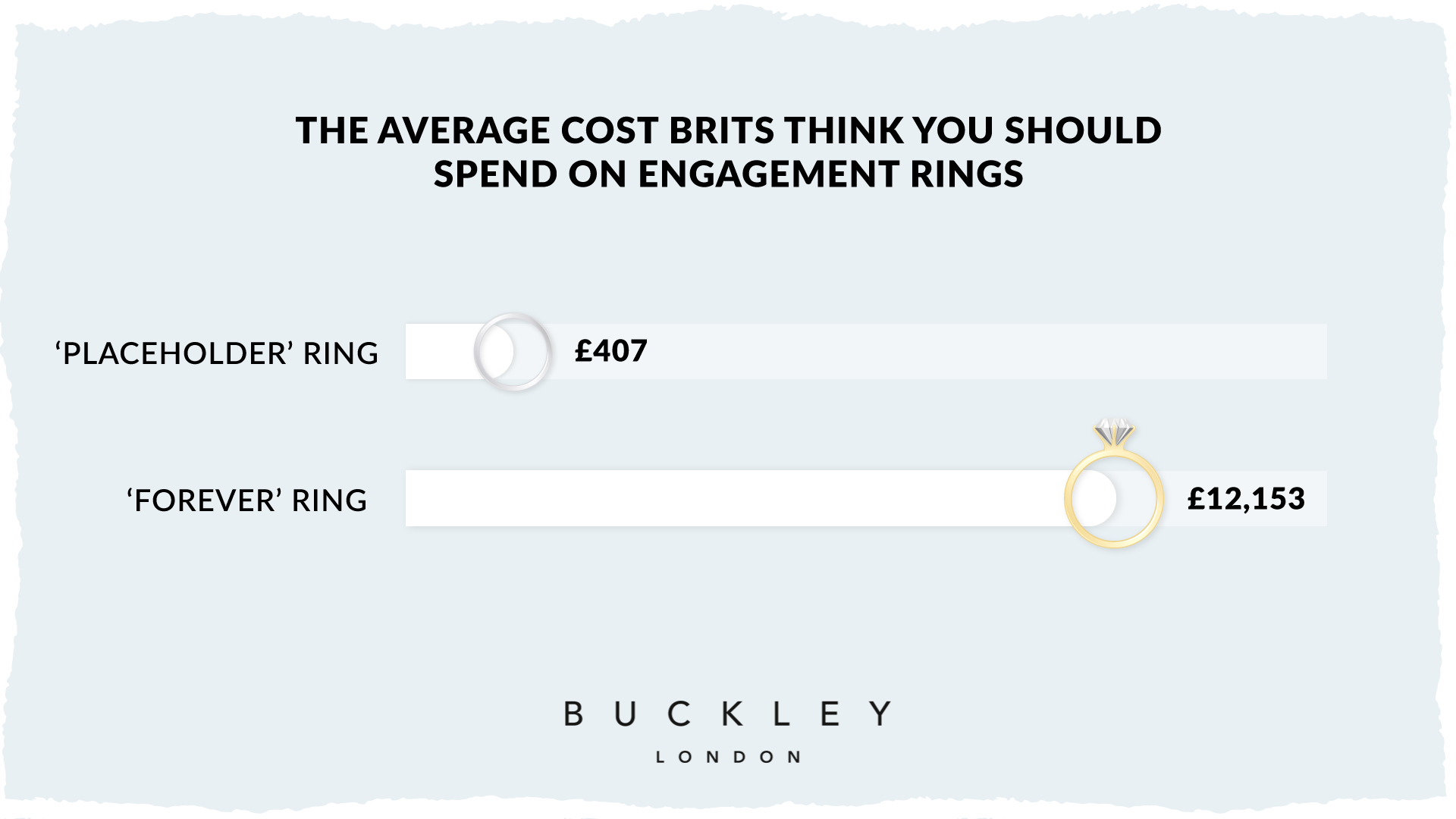 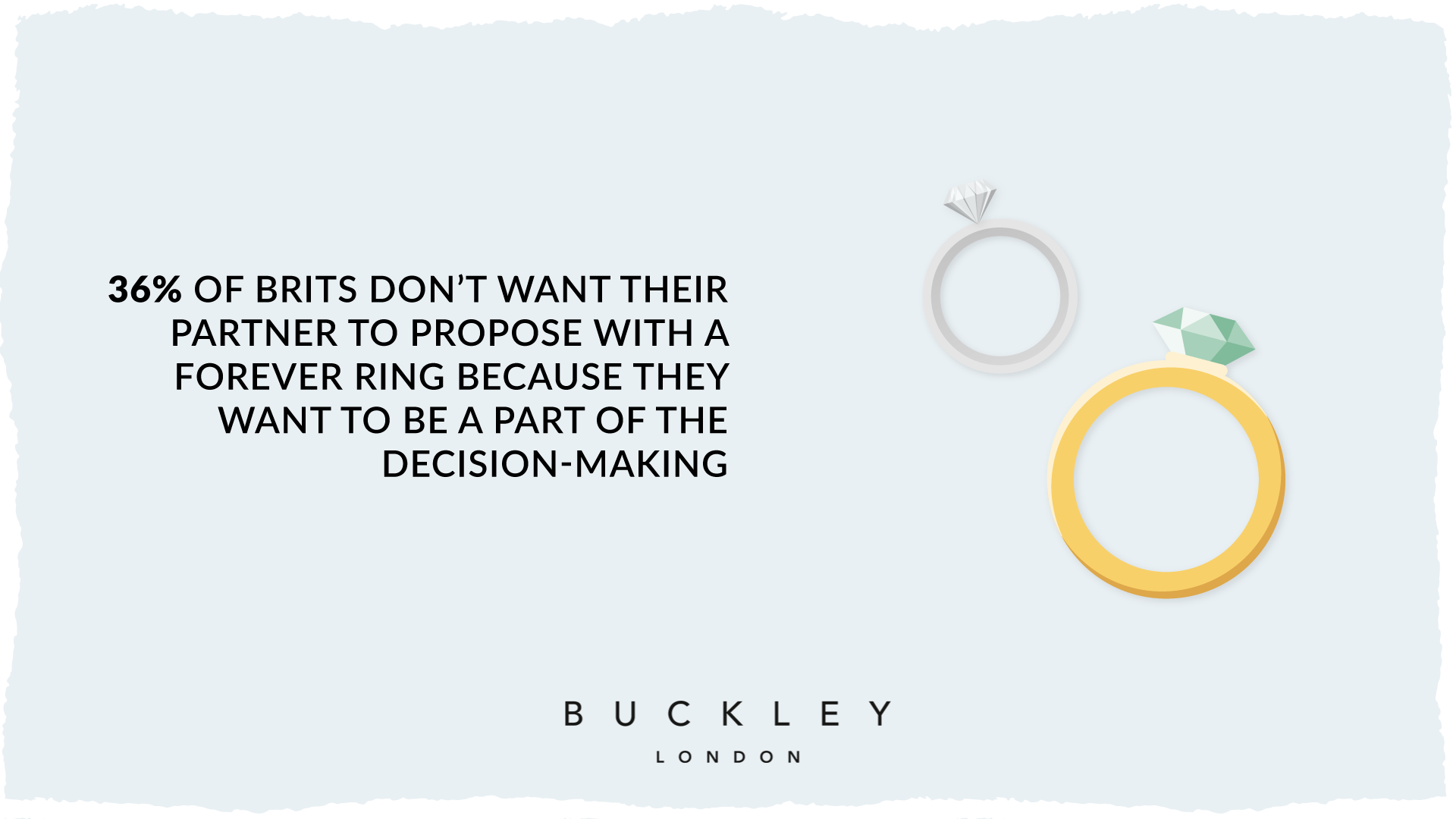 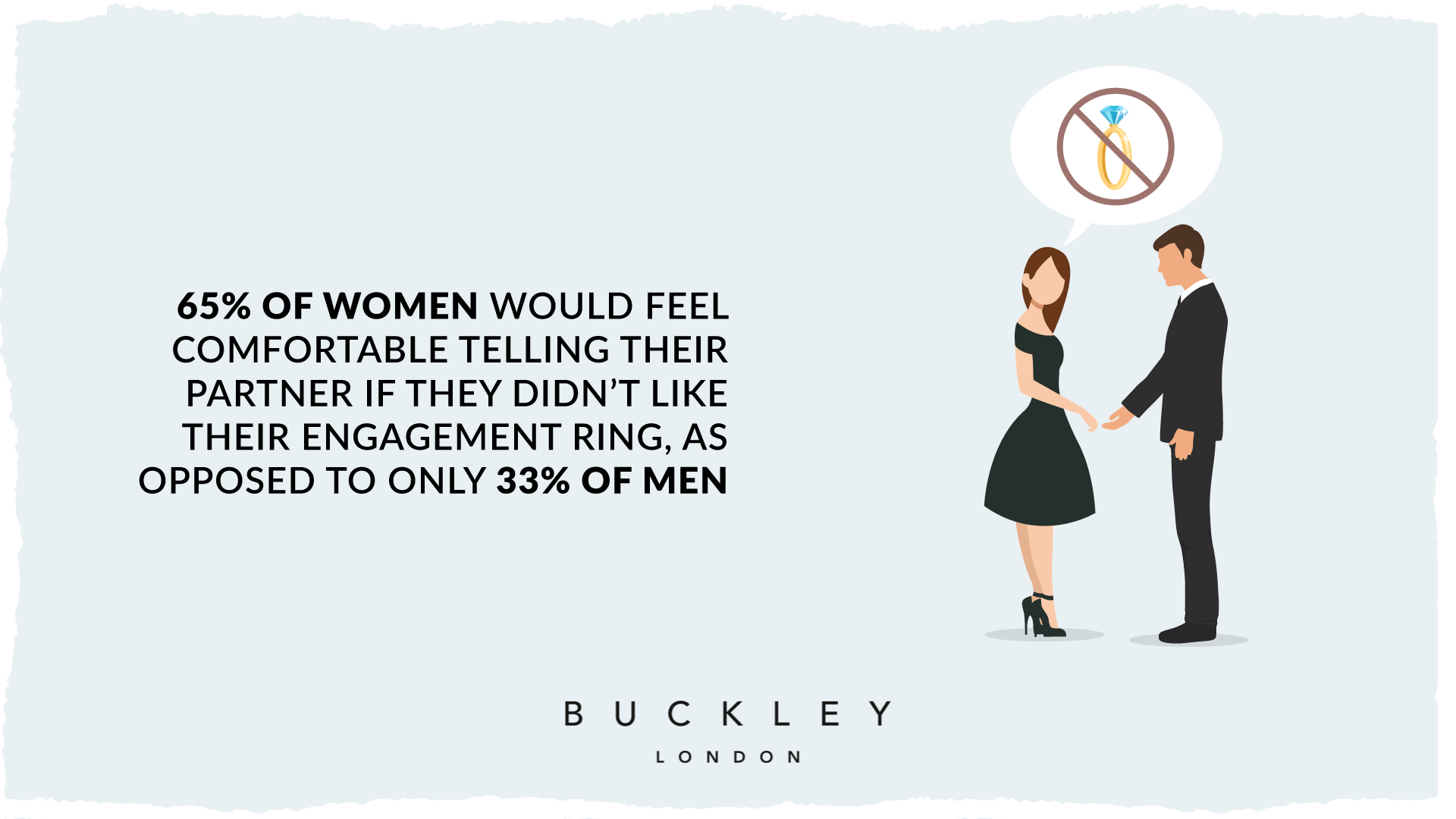 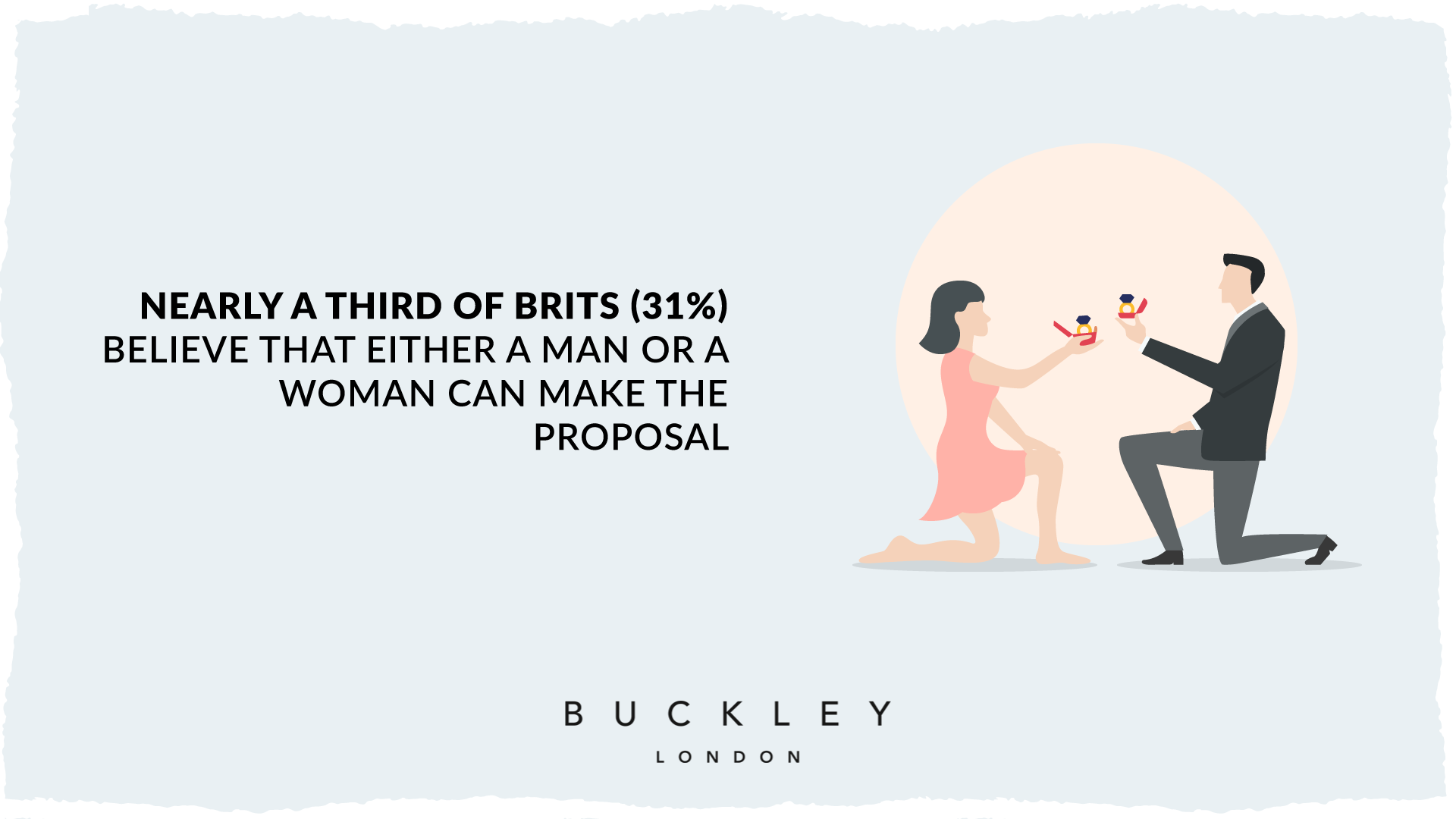