A Nation of Nosy Neighbours

A NATION OF NOSY NEIGHBOURS

REVEALED: 81% of Brits will sneak a peek through your window.

- Sheffield named as the nosiest city in the country, with 100% of residents polled admitting to sneaking a look in a stranger’s

- Bristol has the most exhibitionists in the country, with 45% of residents willing to have sex with their curtains or blinds open

With the recent announcement of the luxury flat owners losing their privacy appeal against the Tate Modern Viewpoint, new research shows the vast majority of Brits can’t resist the temptation to take a look through a stranger’s window, and could be surprised by what they see.

The research, which was conducted by construction and Velux window supplier, Burton Roofing, found that over 53 million Brits (81% of the population) can’t resist the urge to have a look through a stranger’s window if they pass by and notice the blinds or curtains are open.

In terms of the nosiest cities in the country, Sheffield tops the list with 100% of respondents from the Steel City stating they will look through an uncovered window. Southampton came out as the least inquisitive city on the list, with a still high 58% of residents starting they would chance a glance.

PERCENTAGE OF NOSY NEIGHBOURS PER CITY

With such high numbers of Brits happy to take a quick look into a stranger’s home, you would assume that the majority of people would be extra vigilant within their own homes. However, almost half of Brits (48%) admitted that they don’t close their curtains or blinds when changing clothes and nearly one in three Brits (32%) claim to keep the curtains open whilst having sex.

Often seen as the most outgoing generation, millennials (25-34-year olds) came out as the most conservative in the research, with 67% ensuring their curtains are always closed before changing their clothes. Gen X (45-54-year olds) are shown to have more of an exhibitionist streak however, with 36% happy to have sex within sight of a window with no curtains or blinds.

PERCENTAGE OF EXHIOBITIONISTS PER CITY

Whilst such high numbers of nosy neighbours may cause concern, Dennis Relojo-Howell, founder of Psychreg states that it is borne out of curiosity rather than anything more sinister;

“It’s due to social curiosity and interpersonal perception. By nature, we want to use available social information to assess our environment. When we walk past a house with an open window, it draws our attention – we love to see how other people live, and how this compares to us. There's something fascinating when going to other people's houses to see how others live on their space. As cliché as it may sound, windows do tell you a lot about a home.”

“Whilst it is shocking to see so many Brits happy to take a look into other people’s homes, it does highlight an important lesson on limiting what we allow others to see within our properties.

“Not being vigilant about what can be seen by passers-by does not only have the potential to cause personal embarrassment but can also create larger security issues as well.

“If you’re looking to renovate or add to a property, it is important to ensure any windows are fitted with the correct blinds or curtains or even consider different window options such roof windows, sun tunnels or roof domes to ensure any embarrassing situations or security issues can be avoided in the future.”

The research was informed by a survey of 2,000 UK residents

We carry some of the largest stocking profiles in the UK and aim to keep fittings and accessories onsite. Stocking some of the largest brands in the roofing industry; VELUX, Wienerberger (Sandtoft), MarleyEternit, Redland, Cure It, IKO, Thermafleece, W T Knowles, Actis, and John Brash to name but a few. This ensures customers receive their complete order on their preferred day.

Free technical advice is available from our established team, whether you require a sample or an estimate our staff will be pleased to assist.

Our key philosophy is ‘Customer first’ - we pride ourselves on being a down to earth, friendly merchant who has always ‘Got it Covered!’ 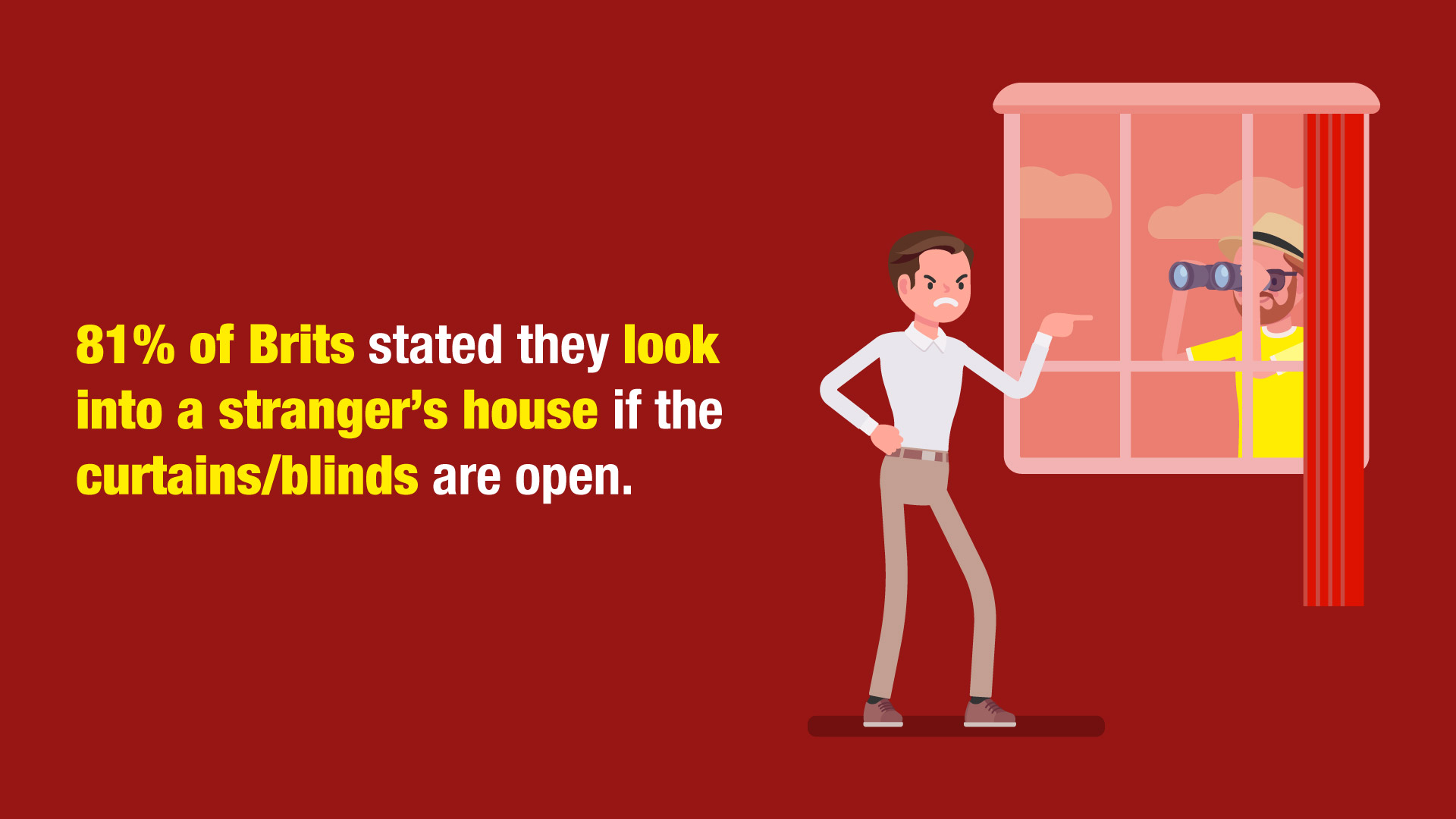 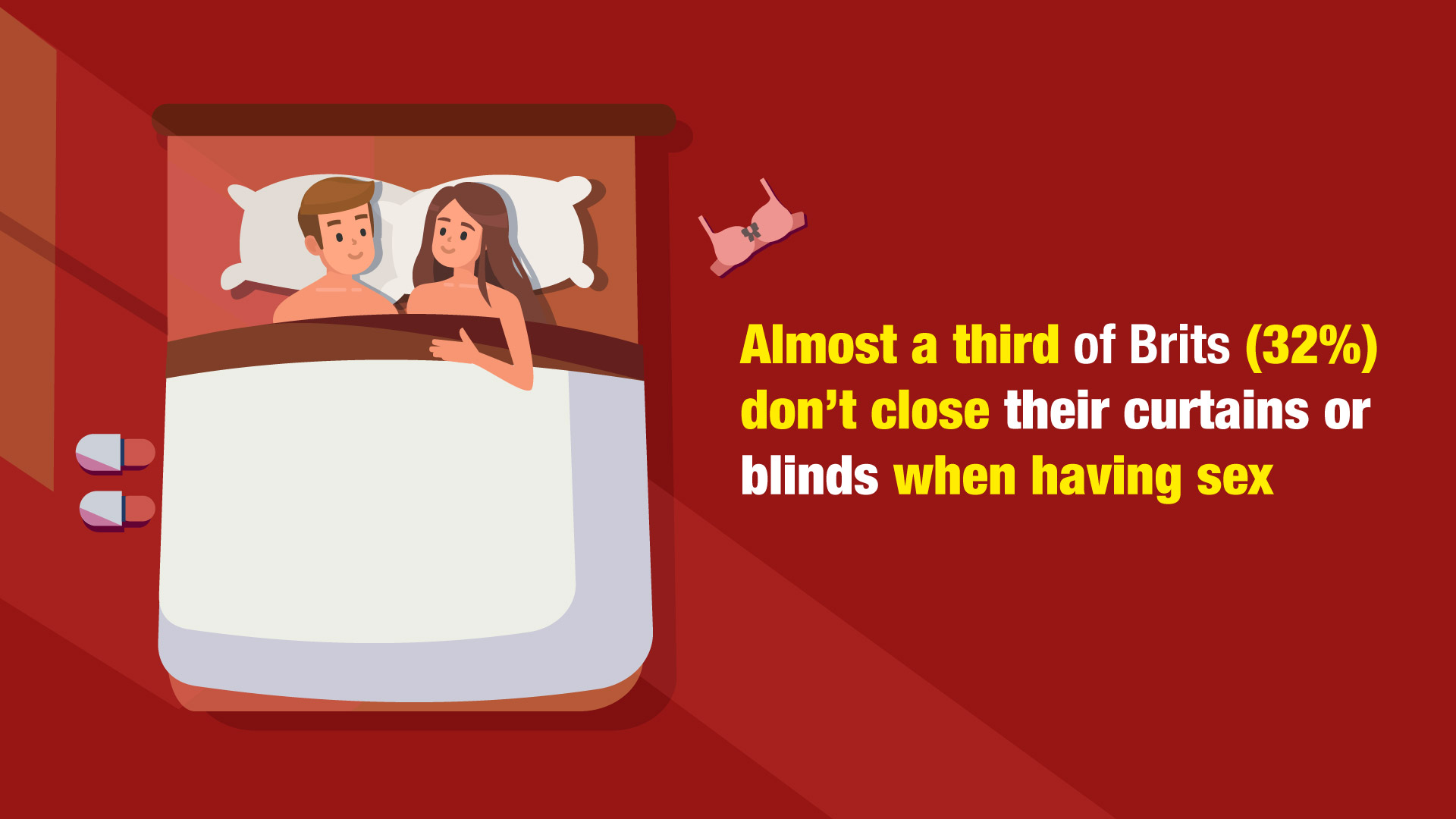 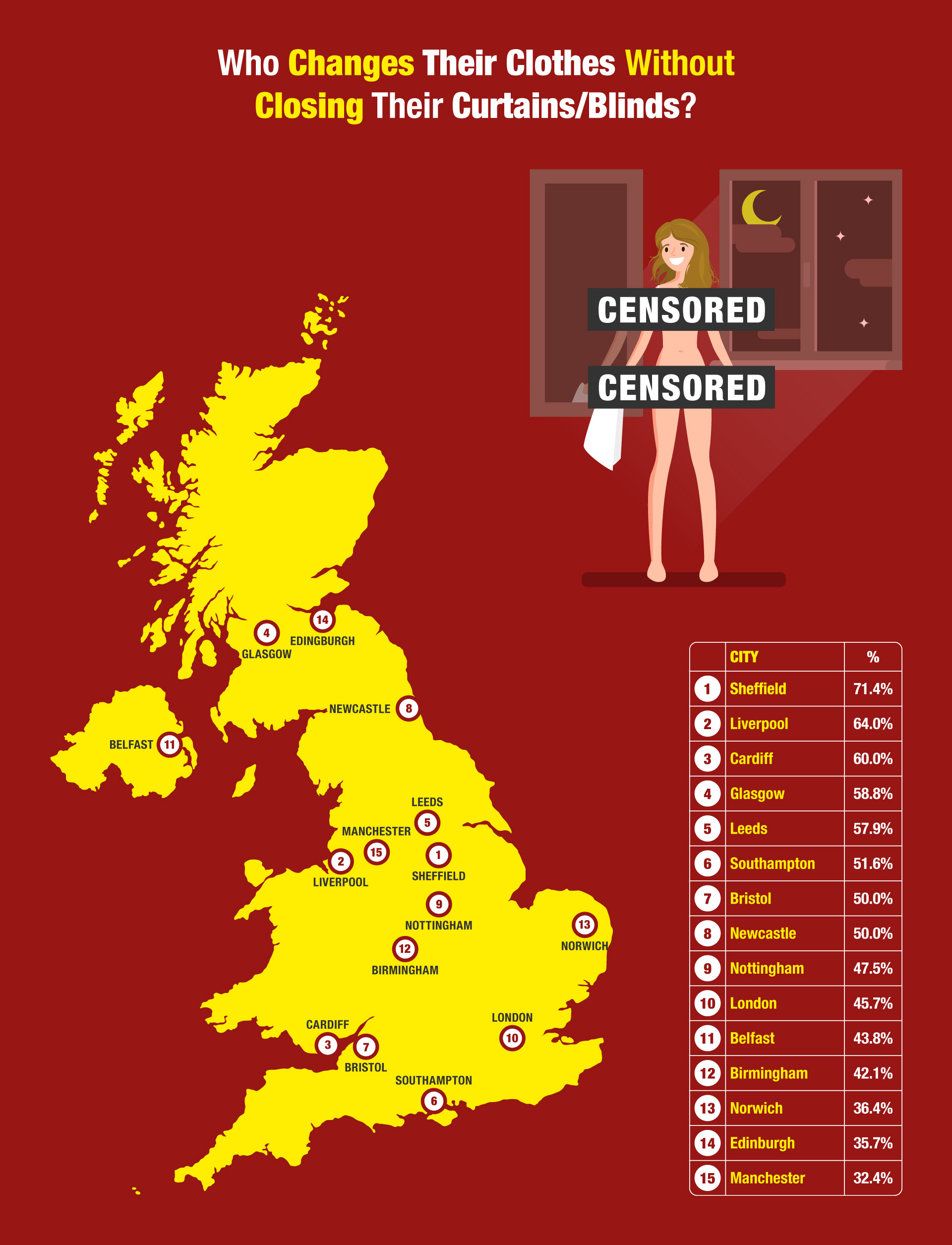 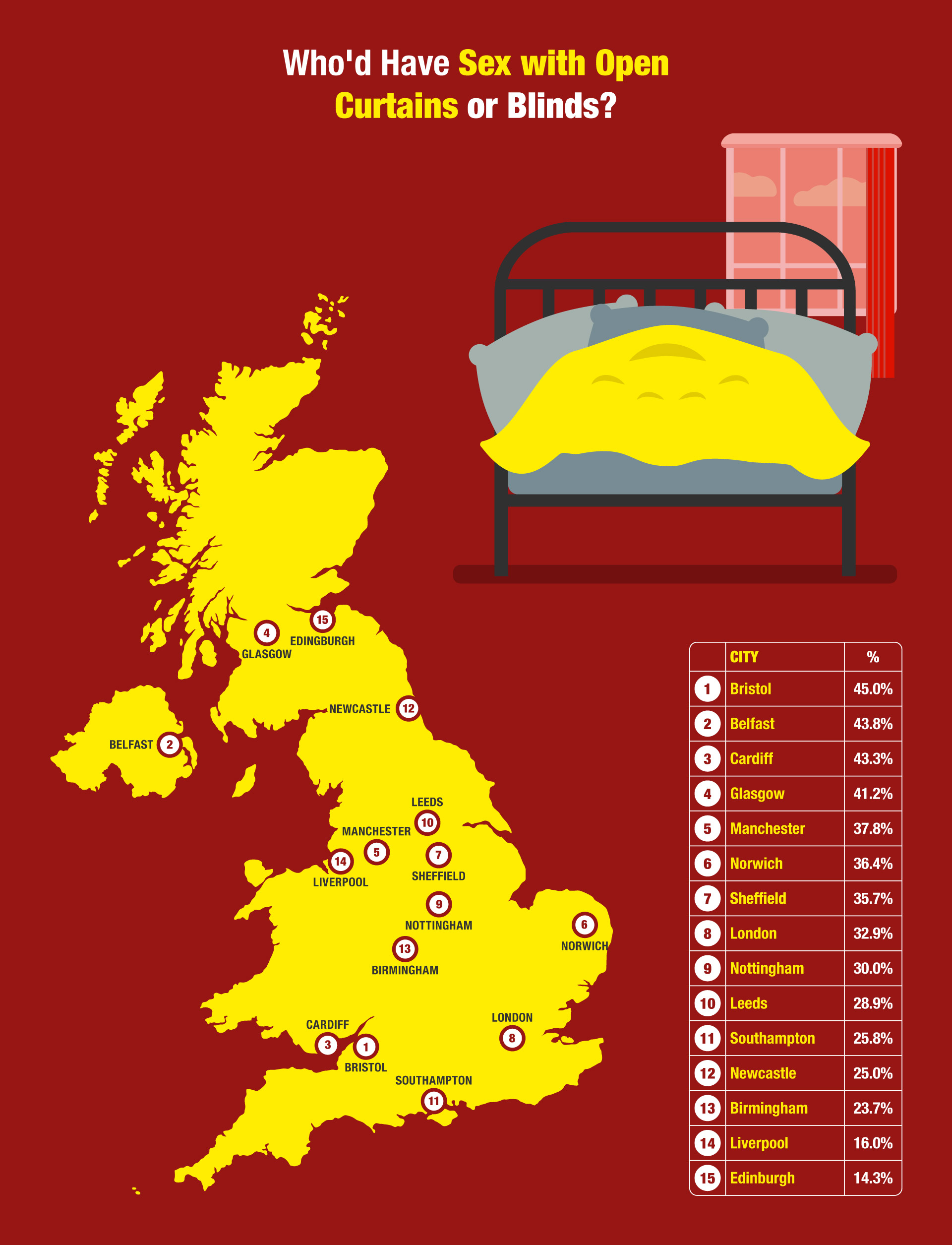 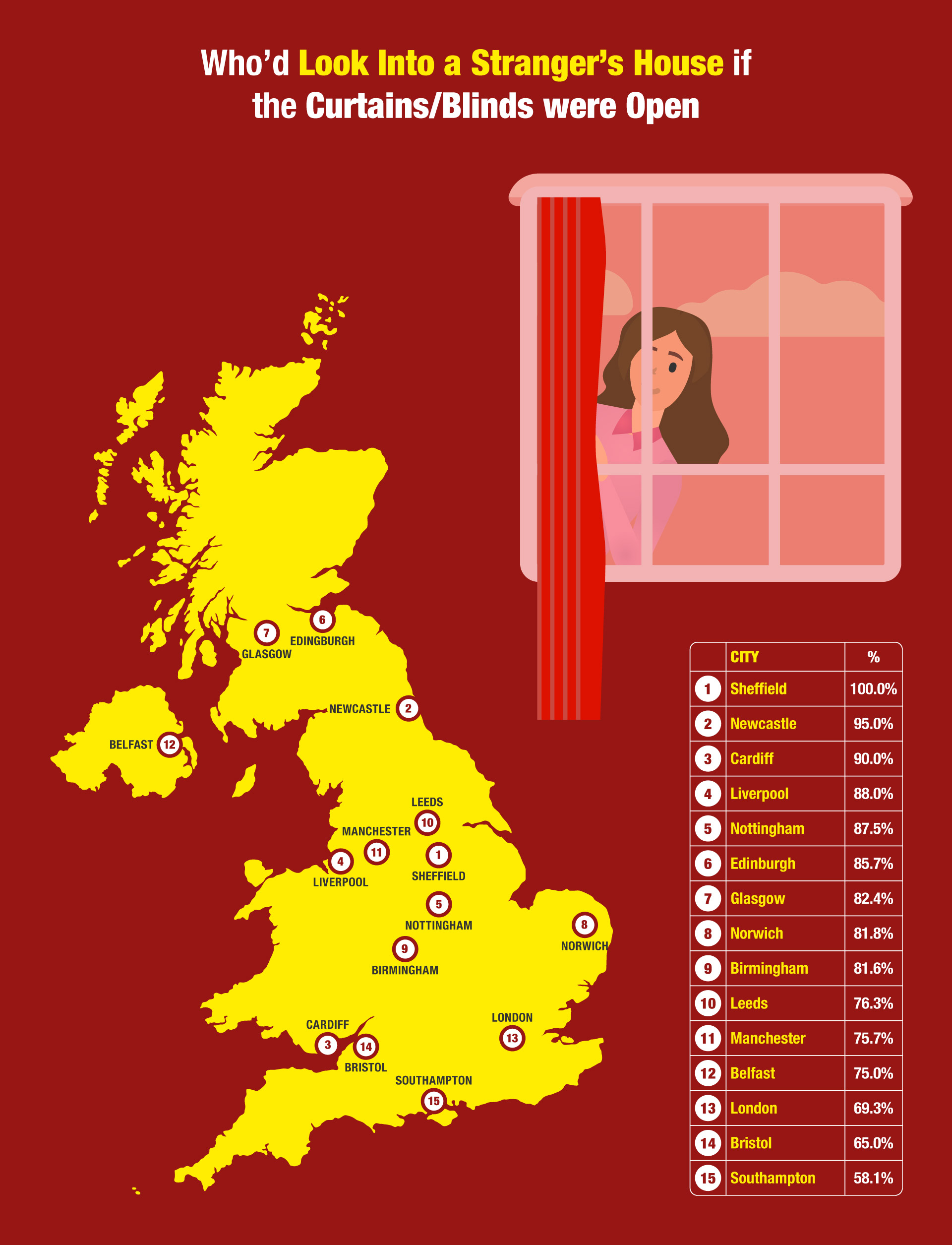