Child Bereavement UK has been unveiled as Charity Film of the Year winner at the 2019 Charity Film Awards. The awards celebrate the effective use of videos by the third sector ‘that have the power to move, to warm hearts, to inspire, to engage… to change the world. To do good.’

At the awards ceremony on 26th April, Child Bereavement UK was recognised for its #OneMoreMinute film which won in two categories: the £500k-£5m Charity Turnover Category, and the overall Charity Film of the Year – out of 400 good causes that entered the competition.

#OneMoreMinute, which was produced by Pearl Films, asks bereaved children and parents supported by the charity - together with bereaved celebrity patrons and friends of the charity including Mary Berry, Jason Watkins and Rio Ferdinand - what they would say if they had ‘one more minute’ with their special person who has died. The film concludes with a message from Child Bereavement UK’s Royal Patron, HRH The Duke of Cambridge.

Dealing sensitively but unflinchingly with the reality of bereavement, the film was produced at minimal cost to the charity, with thousands of viewers sharing their own 'one more minute' films and messages online. The judges summarised the film as “Absolutely heart-breaking. Whether you have lost someone in your life or not this film cannot fail to affect you. Beautiful, Poignant, Powerful.”

Among those featured in the film was Lewis, who was supported by Child Bereavement UK in Buckinghamshire after his father died when he was four years old. Lewis says:

“If I had one more minute, I would say ‘I love you’ because I couldn’t say that, I didn’t have the chance to.”

Shinobi was supported by Child Bereavement UK in East London following the death of his grandmother: Shinobi says:

“If I had one more minute, I would tell her that I know you didn’t want to leave me alone, but it was your time to go.”

On receiving the award on behalf of the charity, Jane Keightley, Director of Communications at Child Bereavement UK said:

“Child Bereavement UK is thrilled that our #OneMoreMinute film has been recognised by these prestigious awards. We are indebted to the bereaved children, young people and parents who volunteered to share their experiences of the impact of bereavement on their lives. The film has helped Child Bereavement UK to reach many more families needing support – calls to our helpline increased by 78% during the campaign. Winning at the Charity Film Awards has been a fantastic way to further raise the profile of the need for bereavement support.”

“The quality of the films in this year’s Charity Film Awards was better than ever. One More Minute is an incredible film. Heart-breaking and heart-warming. It’s the highest scoring film ever in the judging round at Charity Film Awards. This is precisely the kind of film making that defies expectations about what a charity film is.”

Child Bereavement UK supports families and educates professionals both when a baby or child of any age is dying, and when a child is facing bereavement. The charity provides face-to-face bereavement support to families and children across the UK, with services in Scotland, Cumbria, Cheshire, Yorkshire, Buckinghamshire and London. It also offers support groups for families and parents, and a national helpline.

To watch the film go to: www.childbereavementuk.org/onemoreminute/

For support, information or to make a donation: www.childbereavementuk.org

To download high resolution images, logos and captions, go to: 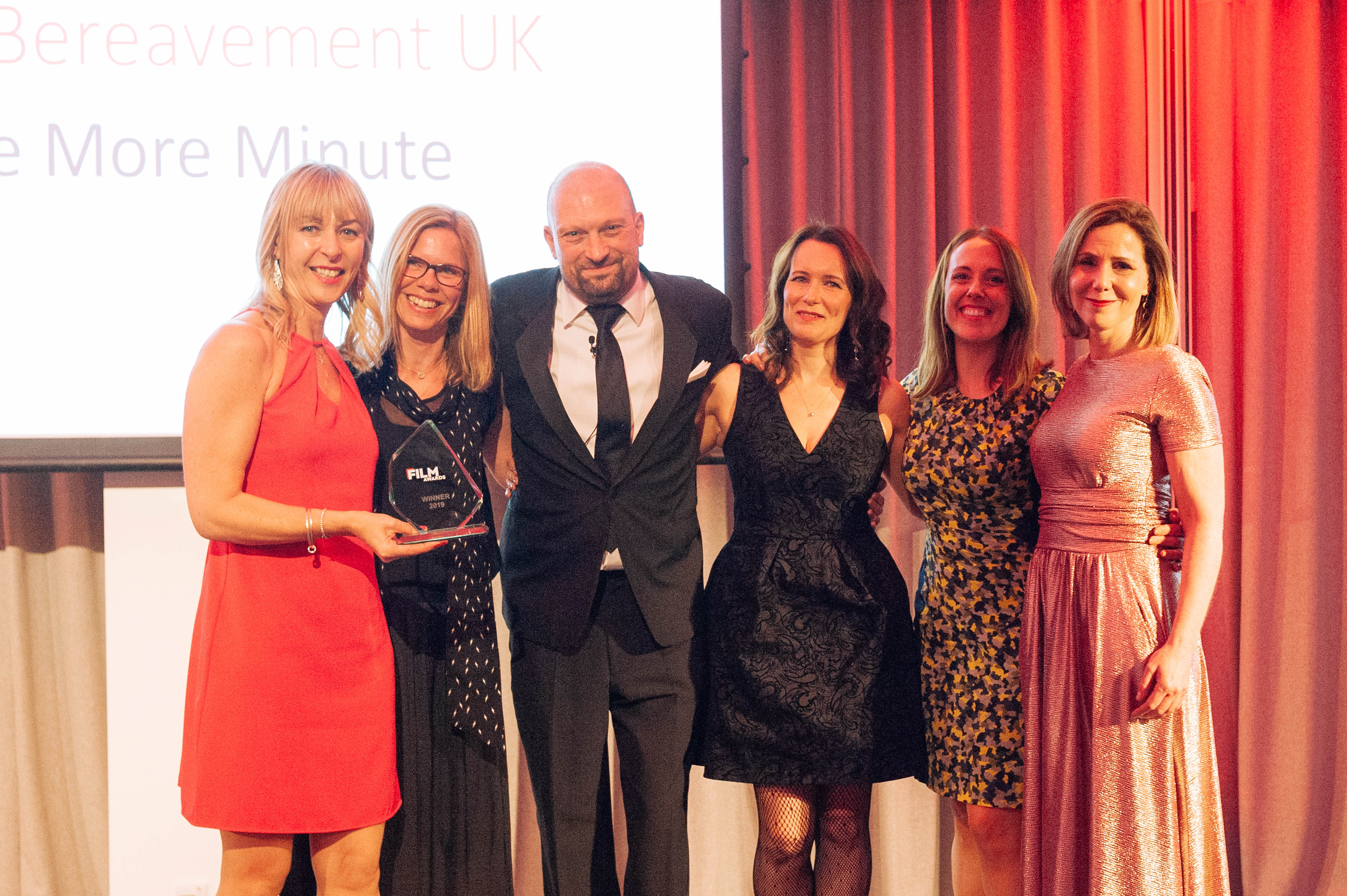 Child Bereavement UK supports families and educates professionals both when a baby or child of any age dies or is dying, and when a child is facing bereavement. The charity was established in 1994 and has HRH The Duke of Cambridge as its Royal Patron.