A Scottish company behind plans for Pumped Storage Hydro schemes has backed calls for a "climate emergency" to be declared in order to focus minds on achieving zero-carbon electricity by 2025, and net-zero emissions economy by 2050.

Hamilton-based ILI warn that without the deployment of storage technology - including Pumped Storage Hydro - the full potential of renewable energy cannot be realised due to the intermittency of wind generation.

Last night(Wed 1st May) the UK parliament declared a "Climate Emergency" just before today's report from the Committee on Climate Change recommending a net zero emissions economy by 2050.

ILI Group CEO Mark Wilson said: “Declaring a climate emergency is great start to focus minds on the massive issue of climate change however without a coherent energy policy the true potential of renewable energy will be squandered, these declarations make the case for Pumped Storage Hydro even more urgent and persuasive.

"For renewable energy to be deployed at the scale required to reach National Grid’s zero-carbon network target by 2025 they have estimated we would need at least 13GW of Energy Storage, we currently have 2.8GW”

"The current pipeline of UK PSH will offset approximately 4 million tonnes of CO2 every year, the equivalent of taking 879,000 cars off the road.

Pumped Storage Hydro allows the Grid to store energy that cannot be absorbed naturally by consumers during times of peak wind or solar generation. It does this by using this energy to pump water from a lower reservoir to a top reservoir. Here the water can be held until times of demand where it is released to the lower reservoir through turbines generating electricity like a conventional hydro plant, this process can be repeated as required.

Former UK Energy Minister, Brian Wilson, said: "One way or another, there has to be back-up to the intermittency of renewable generation and this creates a huge opportunity for UK industry. In Scotland, Pumped Storage Hydro - which provides 95 per cent of storage around the world - is the obvious answer instead of relying on imports via interconnectors.

"Hydro power has served Scotland exceptionally well in the past and can do so for many years to come. This is an opportunity to give an established technology a new lease of life with huge potential benefits for the Scottish economy while at the same time helping to solve the inescapable challenges posed by reliance on renewable generation"

ILI Group have over 2GW of Pump-storage Hydro in the pipeline with their first 450MW development Red John at Loch Ness currently in planning, with 2 more projects to be submitted to planning later this year. 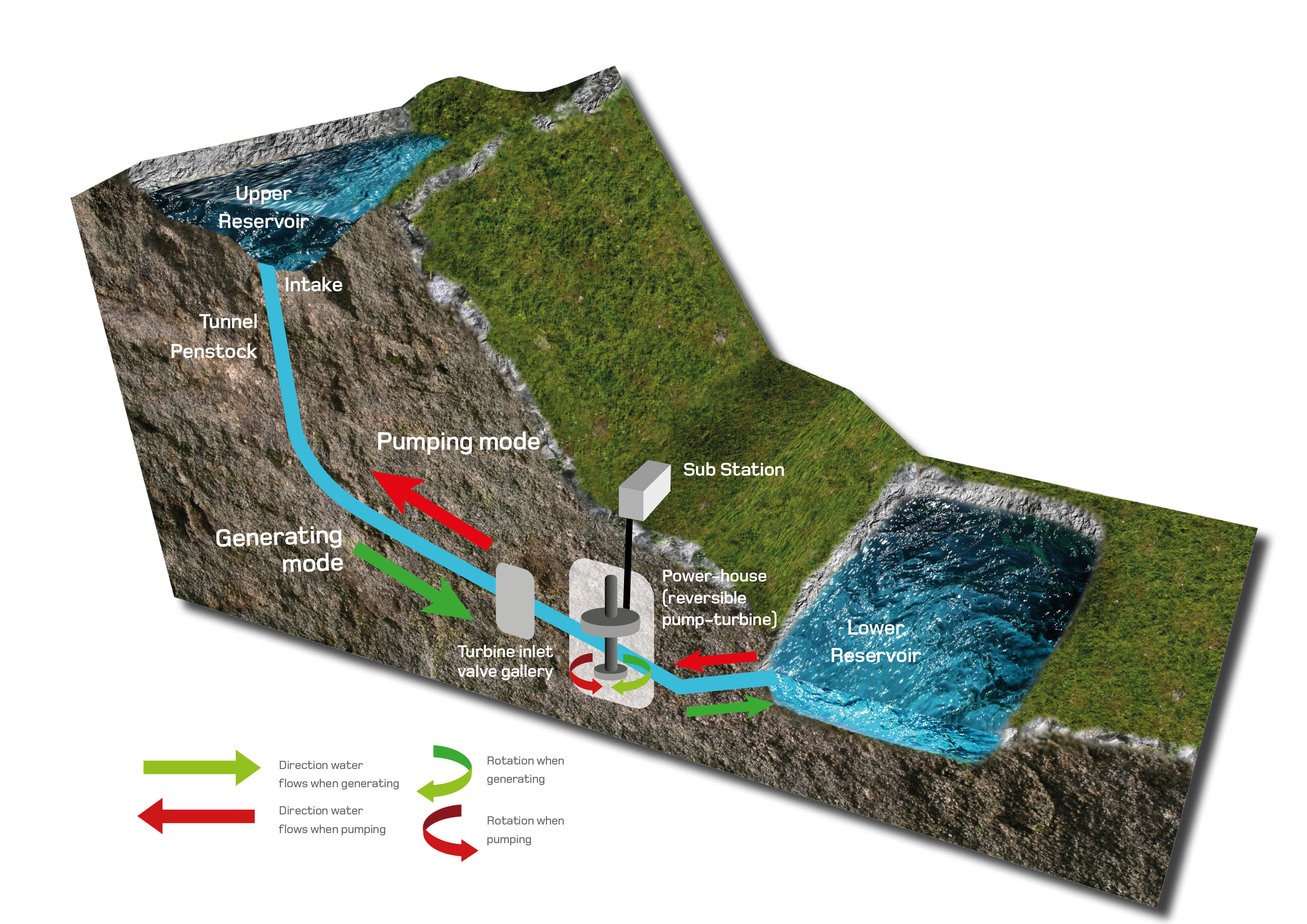 LI Group operates across the energy storage, renewable energy and residential development markets; creating value for our investors in all three sectors. ‘Intelligent Land Investments’ was formed in 2004 with the aim of helping resolve the UK’s housing crisis by promoting eco-friendly developments where the housing need is the greatest. The experience and expertise gained in site selection and planning was later put to use with the aim of helping reduce CO2 emissions by focusing on creating planning gain from renewable energy projects. Projects ranged from medium sized, single turbine developments under the UK’s Feed-in Tariff scheme, right up to large scale multi-turbine windfarms. In 2017 ILI Group Plc was formed with the express aim of achieving planning consents for three Pumped Storage Hydro Sites (PSH) in Scotland. Each one is an infrastructure project of national significance with a total combined storage capacity of over 2GW.