The National Association of Karate and Martial Art Schools (NAKMAS) bestows the prestigious NAKMAS Star Award; an award of recognition for outstanding talent and abilities within its membership, both adults and children.

Brandon Smith, a 14-year-old from Aycliffe, Dover in Kent, has received the award for his outstanding commitment to Taekwondo, seven years of courage and determination and achievement of his junior 1st Dan, despite having cerebral palsy and hemiplegia.

His specialist confirms the hemiplegia means one side of his body is more difficult to move and for him to control his movements. He must work harder to warm up the muscles on the affected side before he can start to train. His balance is also affected, and he can ache more than most after training.

Brandon has been training with Richard Fowler at the Elite Combat Taekwondo Association at the Astor College in Dover from the age of 7, and he has recently achieved his black belt 1st dan. He is a student at the Astor College and his martial arts training has given him confidence and belief in himself when he was told by someone that ‘he would never be able to do Taekwondo because it was too difficult for him’. He has proved that person wrong.

Fowler said: ‘although Brandon has a disability, he has always tried to do his best; even though he knew he was at a disadvantage, he has never stopped trying. I’ve seen Brandon, over the years, get very emotional when he hasn’t done as well as he would have liked to, but despite all of that, he still forged on and never gave up. Anyone who knows me will know that I take the awarding of a black belt, to an adult or child, very seriously, and I have only ever accepted nothing but Brandon’s best for him to succeed. He is in my mind, very worthy of the NAKMAS Star Award’.

NAKMAS National Chair, Joe Ellis, said: NAKMAS has seen individuals throughout its 28 years, showing real talent and abilities. We created this award to highlight individuals that NAKMAS feels should be recognised nationally, and with our full support. We have been heard about Brandon recently and are amazed at what he has achieved given the severity of his cerebral palsy. We have pleasure in making him a recipient’. 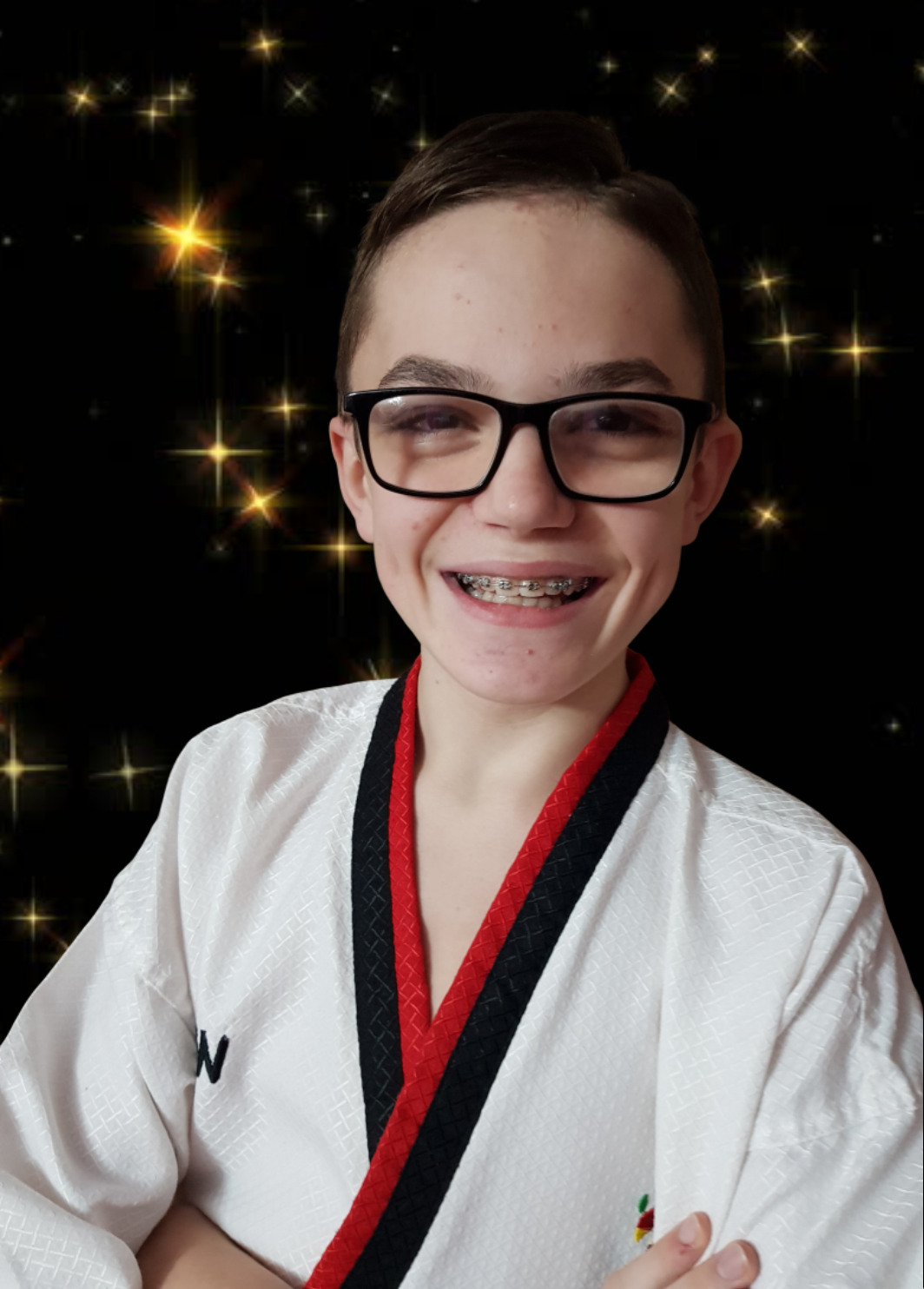 The National Association of Karate and Martial Art Schools (NAKMAS) National Governing Body, formed in January 1992 is a non-funded national governing body and is a member of Sport & Recreation Alliance and The Association For International Sport For All. With its Head Office based in Kent, NAKMAS governs all forms of traditional and modern martial arts and has over 65,000 members. NAKMAS has secured the Equality Standard: A Framework for Sport. To find out more about Equality Standard: A Framework for Sport at http://equalityinsport.org NAKMAS is an approved insurance provider by XL Catlin and holds a National and International Quality Standard Certificate/Kitemark, BS EN ISO 9001:2015, via the BSI (British Standards Institution).