On Bank Holiday Monday 28 August PWL 413 was back giving free rides to Oxford Bus Museum visitors for the first time for almost a year.

When it was discovered that new engine mountings were needed for PWL 413, the Oxford Bus Museum knew it had a major problem because parts are no longer readily available for 1950s buses. In the end new mountings had to be made especially by a firm in Haywards Heath. Taking the gearbox out of the bus to access the engine mountings led to the discovery that the clutch needed refurbishment, which was carried out at a workshop near Guildford. The museum’s volunteer in charge of maintenance, Kevin Simms, took the opportunity to overhaul the gearbox in the museum’s workshop but sourcing parts from all over the country.

Kevin said that “There is a lot of work, skill and expense incurred in keeping old buses on the road so that the public can enjoy nostalgic rides on what is part of our heritage”.

PWL 413 is an AEC Regent III built so it could go under the low bridge at Oxford Station. The bodywork was built by Weymann with bench seats on the top deck, which were intended to seat four passengers but often passengers would spread themselves so only three could be accommodated. The gangway was sunk to save height so lower deck passengers below had to take care when standing up!

The job was nearly complete when an oil leak was detected in the rear axle hubs. It takes a lot of work and expense to keep vintage buses on the road!

PWL 413 will next be giving free rides to museum visitors on Sunday 20 September.

Since 2004 we've also been home to the Morris Motors Museum, which charts the story of how these classic British cars and commercial vehicles were produced at Cowley, in the city. Our impressive collection of vintage Morris vehicles represents those produced during William Morris's life.

We also have a unique collection of 40 vintage bicycles. It wouldn't be Oxford without bikes!

The museum is a charity and run entirely by volunteers. There is free parking and a café.

The museum is 70 yards from Hanborough Railway Station just off the A4095 in Long Hanborough. The full address is Old Station Yard, Main Road, Long Hanborough, Witney OX29 8LA

From 10.30am until 4.30 pm on Wednesdays and Saturdays throughout the year and Bank Holidays except Christmas Day and Boxing Day. 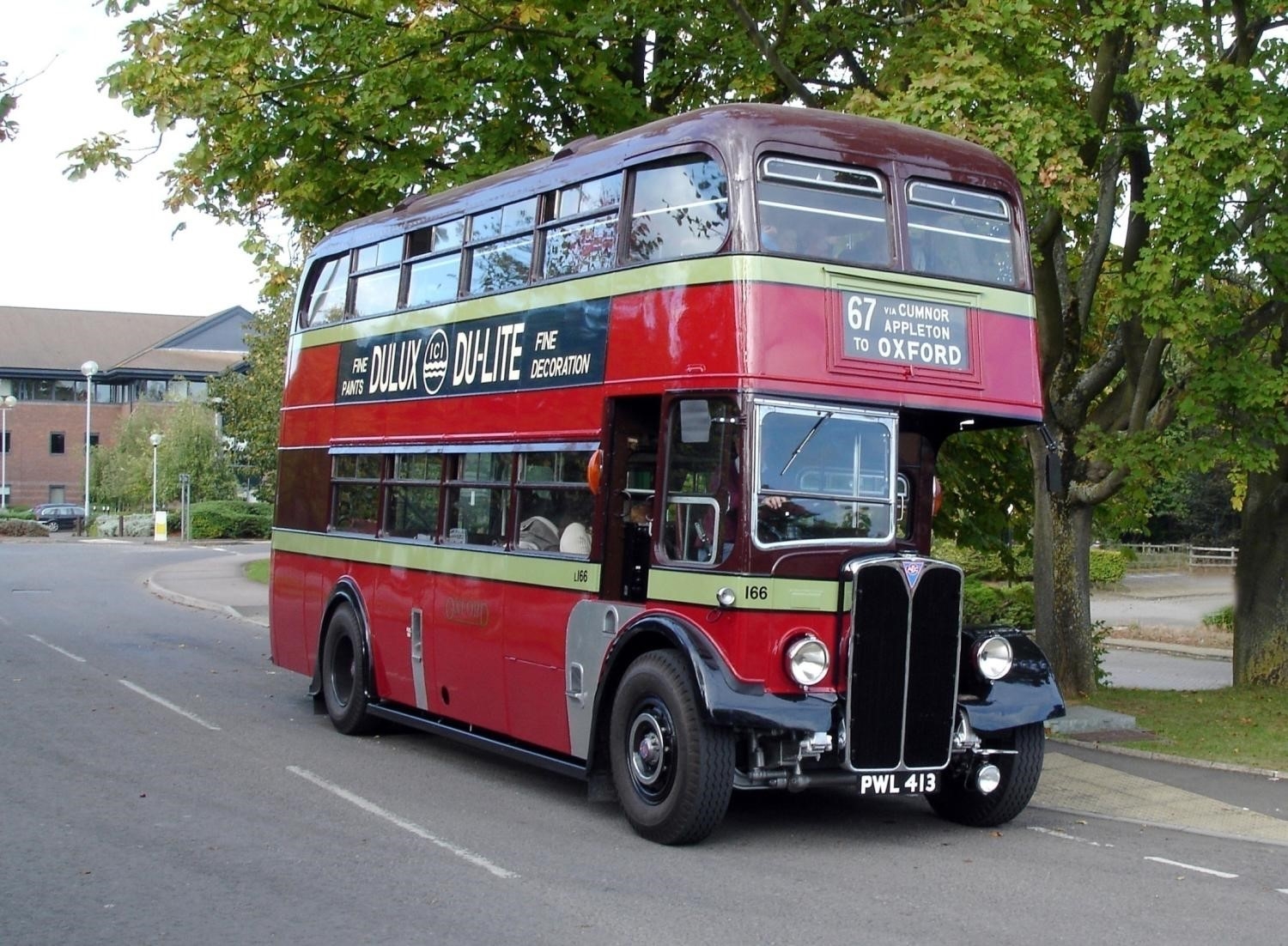 The museum is located at the Rail Station Long Hanborough, Oxfordshire OX29 8LA and contains 35 vintages buses and coaches, the earliest dating from 1913, a collection of Morris cars dating from 1925 to 1977, a horse drawn tram and a collection of 40 mainly nineteenth century bicycles. The museum is open between 10.30am and 4.30pm on Wednesdays and Sundays throughout the year, on Saturdays in July & August, most Bank Holidays and New Year's Day but is closed from 19 to 31 December 2019 inclusive. There is a cafe and shop. The museum is run entirely by volunteers. Entrance is only £5 for adults, £3 for children 5-15, under 5s free and family ticket £13