Port Eliot House and Gardens loses an event but gains an Opera Company.

A recent operatic event planned for Port Eliot House and Gardens as part of its 'Port Eliot Presents' programme went back to the planning stages because of funding challenges. This felt like a loss as it would have been one of the very few Operas of its kind to be presented in Cornwall in the spring of 2019.

However, during the development of this event, a new relationship was forged with the Reptilian Theatre Company, who were responsible for creating the revolutionary new Opera Buffa: ‘The Crocodile of Old Kang Pow’ (The CRoC).

This relationship blossomed and culminated as the first of several new ‘Artist in Residency’ to be offered in 2019 through the 'Port Eliot Presents' programme and was accepted on Monday 18th of February.

Lady Bianca Eliot said. “Whilst we were very disappointed to lose the event planned for March, we are delighted to be able to work toward giving a professional Opera Company a residency to develop the Crocodile of Old Kang Pow”

The opera began life as an amusing rhyming couplet about the Marquis de Sade which was then set to an 18th Century score. This introduced an entire cast of flamboyant historical characters connected to the Marquis. Researching these characters brought to life this operatic performance piece.

The ambition of this residency is to develop the work in a true to period backdrop. This creates the next natural step in the development of the much broader performance as a new soul-opera. 'The CRoC’ is set to become an accessible Operatic work that makes no compromise on artistic excellence.

Darren Berry, the Creative and Musical Director and all round impresario of 'The CRoC' said “We are utterly delighted as this feels like the most fantastic fit. Since we first performed at Port Eliot Festival the Estate has felt like ‘The CRoCs’, spiritual home and the timing for this step couldn’t be more perfect. Our Crocodile is very much looking forward to marauding around South East Cornwall.”

It is clear that creating a space for the Arts to flourish is a very important strand of Port Eliot House and Gardens future. In keeping with the tradition of the Port Eliot’s creative history, artistic excellence continues to be a priority.

The best way to stay in touch with the progress of this new residency is via social media by searching @porteliothouse. Information on how you can get involved and any finale performance will be released as soon as Reptilian Theatre Company are able to establish their new base in Cornwall. 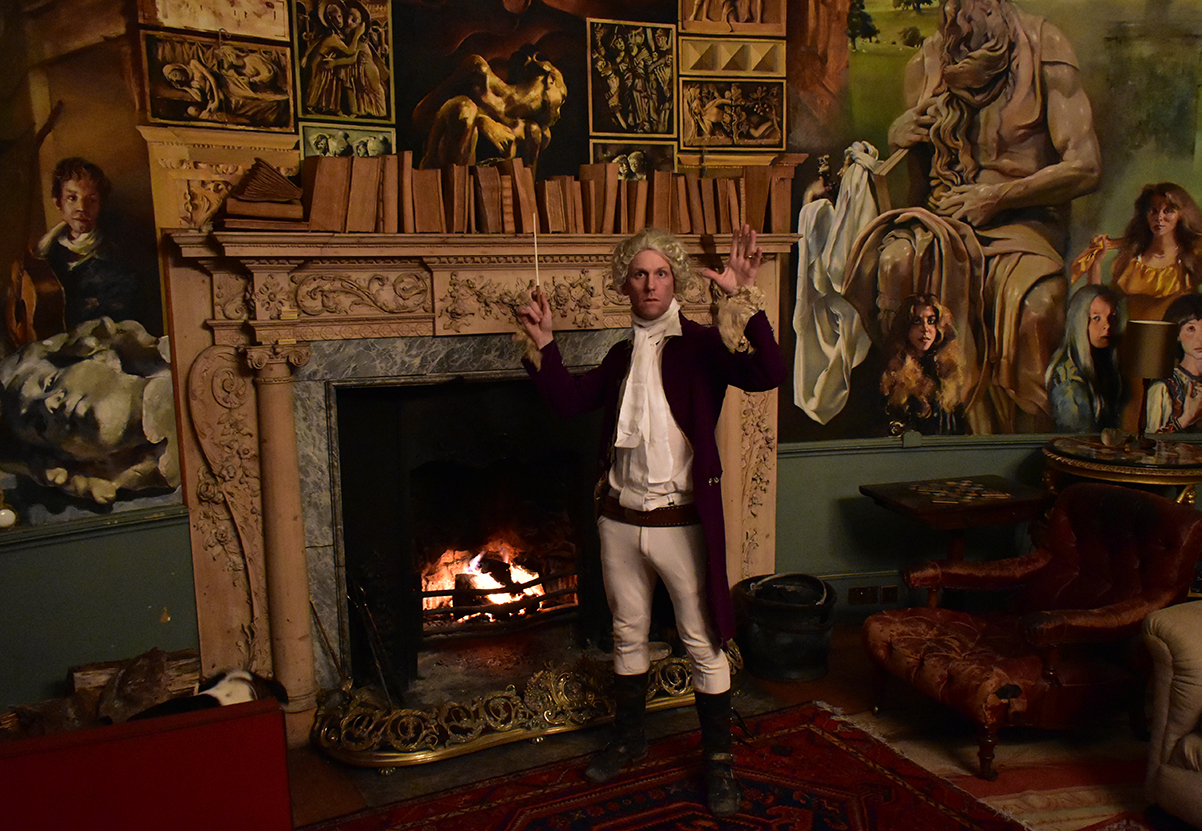 About Port Eliot House and Gardens

The House at Port Eliot has been lived in for over 1000 years and believed to be the oldest continually inhabited d+welling in the UK. The earliest written reference to Port Eliot is from the 5th century AD, Augustinian monks were there from the year 937, while the earliest remaining evidence of a dwelling on the site is a 1500-year-old glazed tiled floor, dating from the late Iron Age. In the 18th century, Sir John Soane remodeled the Grade I-listed priory and house and landscape gardener Humphrey Repton created the gardens and park. Port Eliot is full of the accumulated treasures of its long history, from works by Sir Joshua Reynolds and Van Dyck to a mural by South West England’s most celebrated 20th century artist, Robert Lenkiewicz.

Subscribe to news updates from Port Eliot House and Gardens