Voquent Founder Talks to the BBC about 'Voice Over'

Voice-over is ubiquitous, but most people don't realise that it exists as its own industry.

Voquent are a disruptive force in the voice-over industry, ultimately making it easier and fairer for everyone – voice actors and customers alike.

The BBC took note and invited Managing Director, Miles Chicoine to explain more about the business.

In the interview Miles was asked about how he transitioned from the software solutions sector to the very different voice-over industry:

“It's a bit of a culture shock, I guess! I had a friend who had been in this industry a long time and he saw really a great opportunity to use my background and skills from software systems and processes and engineering for businesses and putting that into the voice over world”

When asked how it all works, Miles answered:

“At this stage, we still have to manage the projects. It's really important to do that because there's so many different voice actors from all over the world.”

He continued to say that Voquent’s place in the industry is “all about the performance, and in bringing automation and systems into that [the voice-over] environment, and enabling the world to be connected to voice actors from all over the world”.

Presenter Sally Bundock went on to say, “It's quite a tricky business isn't it?”

Miles agreed, saying “there's a lot of market forces that are trying to see if they can… give people work where it isn't paid fairly. I think the most important thing is to make sure that the client understands that there's a budget that needs to be good enough to be able to pay all the voice actors what they're worth… It's all about market value”.

With Voquent, it is free to register as a voice actor. Each audio sample on the site must go through an approval process to check the language, accent, style and tone are accurate.

Voquent’s sample card system and approval process means customers can find the right voice and tone they want very quickly, without the need for the voice actors to audition in most cases, and voice actors get fair pay.

This contrasts with many of the online pay-to-play (P2P) and freelancer platforms where anyone can pay for a profile and call themselves a voice actor. This has led to an increased workload as voice actors have to audition against hundreds of other voices for jobs for a chance to get selected.

Voquent is working hard to change the industry and recently met with the UK actor’s union Equity to discuss fair rates of pay following a study led by Dr Mathilde Pavis for the University of Exeter. 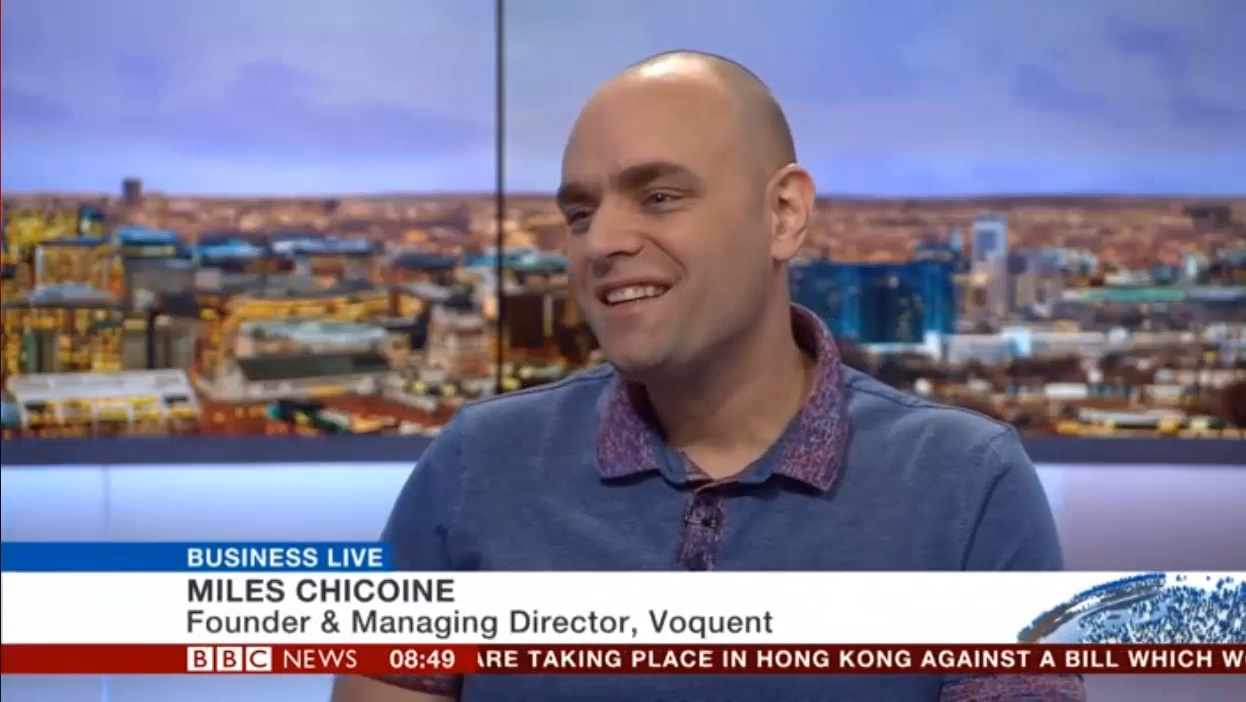 About Voquent Ltd. Voquent is a multilingual voice actor casting agency and audio production company. Founded in 2018 and based in London and Glasgow, Voquent helps content creators to find professional voice actors, speaking in any language or accent for commercials, video games, animations, telephone messages, audiobooks and more. For more information, please contact Founder and Managing Director, Miles Chicoine at +44 (0) 203 6033 676, email milesc@voquent.com or visit the Voquent website at www.voquent.com.